UK; Sept 8th 2020: Scientists at the Francis Crick Institute have found that the location of astrocytes in the brain and spinal cord, may affect their role in maintaining the body’s nervous system. This discovery could help scientists uncover the causes of neurodegenerative conditions like motor neurone disease and various forms of dementia. 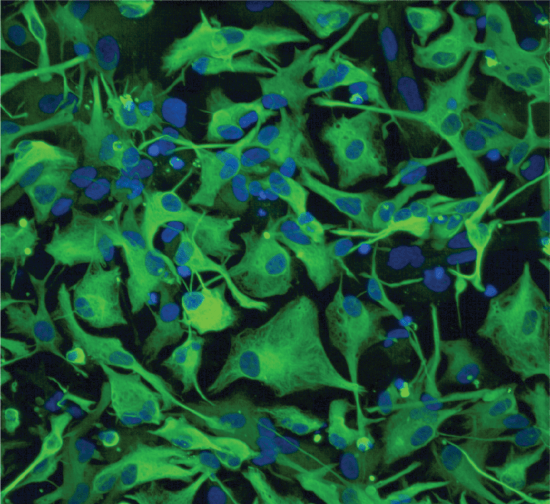 As part of their study published in Brain, the Crick team examined the function of astrocytes, star-shaped cells that tile the entire nervous system and secrete different proteins to help maintain the health of neurons. They altered the cells regional identity or ‘postcode’ to see how astrocytes from different areas of the brain function and respond to stress.

They also tested the response of the different astrocytes to stressful stimuli associated with neurodegenerative diseases. Cells responded differently according to their postcode, suggesting that astrocytes from different regions of the nervous system may behave differently in disease.

“Acknowledging the link between a cell’s postcode and it’s function could open up new avenues for research into how people develop neurodegenerative diseases and also inform future stem cell therapies,” says Ben Clarke, joint lead author from the Human Stem Cells and Neurodegeneration Laboratory at the Crick and UCL.

Human induced pluripotent stem cells (hiPSCs) can be directed to different areas of the central nervous system and then converted into astrocytes through several steps.

In order to establish differences in the cell’s postcodes, the researchers grew astrocytes from human induced pluripotent stem cells. These master stem cells can be taught to differentiate into any cell from anywhere in the human body.

This valuable research tool bypasses the need for artificial genetic manipulation or animal models, which although have been immensely useful across a range of basic and applied neuroscience, have not yet delivered the much-needed therapies required for devastating neurological diseases such as motor neuron disease, Parkinson’s disease and Alzheimer’s disease.

Motor neurone disease, also known as amyotrophic lateral sclerosis (ALS), is a rapidly progressing degenerative disease. It exists as part of a disease spectrum that can also include a type of dementia called frontotemporal lobar degeneration (FTLD). Patients commonly suffer loss of movement, speech and eventually the ability to breathe, and most people only live 3-5 years after diagnosis. There are currently no treatments that can meaningfully alter the prognosis.

“We desperately need to understand cellular and molecular mechanisms of neurodegenerative diseases to guide the development of effective therapies. The regionally-encoded differences in astrocytes revealed by our study suggest that different strategies may be required to target their responses depending on the anatomical focus of the disease” says Rickie Patani, Group Leader of the Human Stem Cells and Neurodegeneration Laboratory at the Crick and UCL, and Consultant Neurologist at the National Hospital for Neurology and Neurosurgery.

“There’s a lot of research examining changes to regionally defined populations of neurons lost during neurodegeneration but our work shows that the cellular ‘postcode’ of their glial neighbours may also play an important role in this context.”

The team now want to compare the function of these astrocytes to ones grown from the stem cells of patients with ALS to narrow down the possible triggers associated with neurodegeneration.